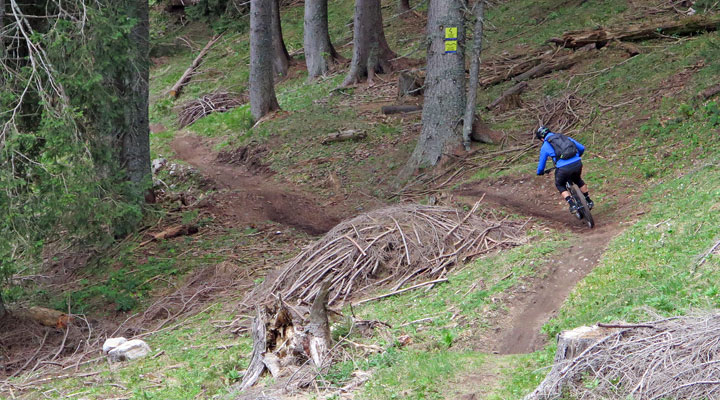 On Saturday we twisted our way down the new trail from Karawanks to Kranjska Gora. It’s well worth the almost two hour climb.

The opening of heavily anticipated trail, descending from Karawanks range to the town of Kranjska Gora in North-Western Slovenia, was united with the “training day” for the four day enduro event Trans Julius whish will take place in one month. So a squad of mountain bikes gathere in Kranjska Gora last Saturday, either eager to learn more about Trans Julius, test ride the new trail, meet the people behind one or the other…

Taking off in good company we climbed from Kranjska Gora past the Eco camping to the Korensko sedlu (Wurzenpass), where the steepest part of the climb is on the asphalt road. Them we turned right to a gravel road before reaching the pass. There is still a long grind left from there. About an hour 45 to the top of the RobeTwist trail. Navigation is easy. After leaving asphalt you just make one more turn, a left up to the top instead rolling further East. You will be find if you follow the yellow signposts.

We can split the descent into three parts. The top part before crossing the gravel road you climbed up, is built from scratch. The builders have been reading the terrain very well and built a fun flowing trail. It is up to 1m wide with gradual descent, long contour crossings, dips and turns. The dirt is soft, loamy, but offers solid grip. There are not many roots and hardly any other surprises on the trail.

The middle part under the road crossing is a bit steeper, twisty and is going down a gully for a while. There are more roots and more water here. It’s still lots of fun but the brain is a bit busier.

Third and final part is on a fast logging double track and it gets very rocky at the end. Not quite the place to get brave.

The trail ends by the Srnjak restaurant and there is still some elevation left until you reach the valley.

The total loop length is around 20km and takes about 2 and a half hours of ‘work’. The RobeTwist descent is 3.6km long with some 600 vertical meters of drop. Total climb/drop of the ride is a bit bigger, around 700 vertical meters.

A community and tourism project

Where does the name come from? Robe is the name of the pasture close to where the descent ends. And the Twist… it’s a twisty trail that takes some ass shaking.

It was built by MTB Galaxy crew led by Marko Šimenc – Mac. Community of Kranjska Gora headed the project and the trail is now managed by Kranjska Gora Tourism. The construction took a month and a half of exclusively manual work.

“We wished to build a trail for anyone. It was not completely possible in the middle part while at the bottom we have a plan to reroute it and take it all the way to the valley. We are planning to build another trail, a more demanding one, and both trails would join in the bottom part,” explains Mac the builder.

A shortened POV with Gašper and the Offspring 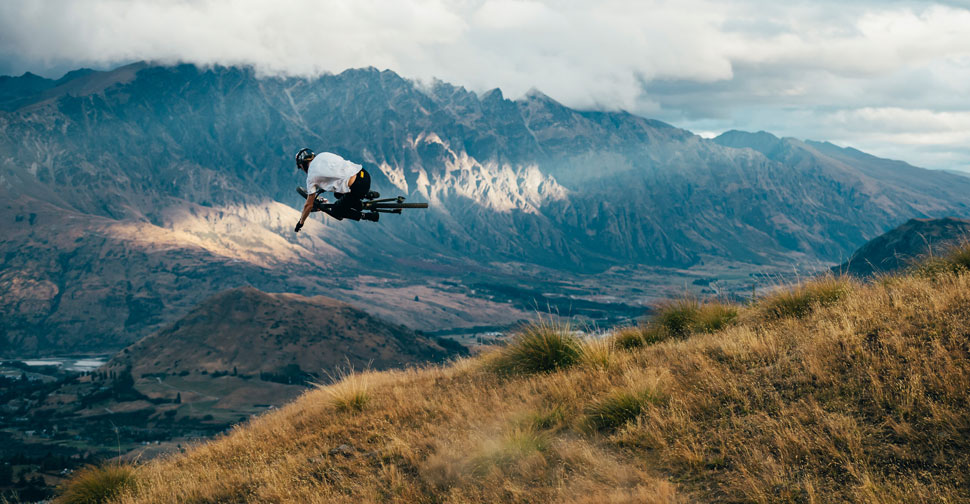 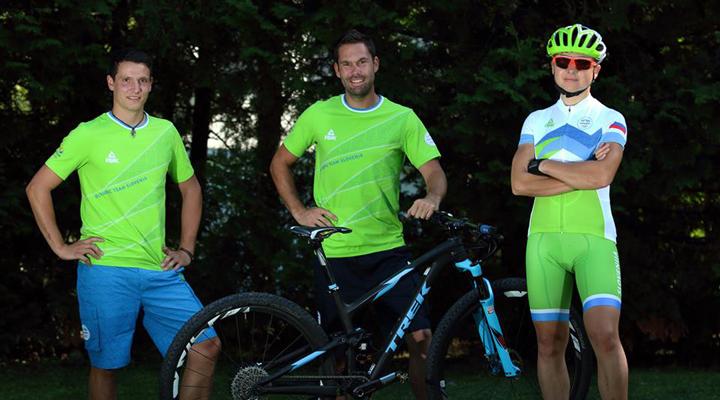