Alta Via Stage Race takes you from Cinque Terre to French border in eight days. And not along the coast!

This was really a big bite that I had to chew. Alta Via Stage Race takes you from Cinque Terre to French border in eight days. And not along the coast! Over the hinterland of coastal Liguria, along the Ligurian Alps, which reach 2000 meters above sea level.

The route takes place mainly along the Alta Via smuggling route, which in the past was provided for everyone along it. From 1933, when it became a mountain transverse, it climbs to all the peaks along the way. Of course, those were omitted by smugglers.

R as a Race

Race in stages, on such terrain, is not easy. I expected difficult racing and hiking over not rideable mountain trails, but I was still surprised. The organizer and course makers tried to avoid the most difficult and unrideable terrain but in that terrain you cannot avoid long hiking parts and carrying your bike on your back. Almost every stage had some of this parts and in two of them, most demanding two, you had to hike for almost an hour and do hundreds meters of ascent.

The navigation is also not easy. Even with tracks provided by organizer and Garmin or any other device, you can miss your route on some crossings. Sometimes the speed is high and you realize you are on wrong trail after tens of meters. And with my Specialized Epic HT fast we were!

But that is all part of the race, with almost 600 kilometers and 20.000 meters of ascent. It is all repaid with beautiful surroundings, breathtaking views, magnificent peaks and like minded people, that this experience has bonded into a big family.

It began somewhat easy and after good breakfast we started from Ricco del Golfo to Levante. Some asphalt climb to warm up, not that we needed that because temperatures were quite high throughout the race, and then beautiful singletracks and over the plains to the sea. Of course a big rocky enduro part on the end to mentally prepare us for the rest of the race.

After each stage locals made sure that we got enough to eat through the day and breakfast next morning. Typical Italian flair with some improvisation but everything was perfect. Spending the nights in tents, local school or in theater in Lorsica. Naturally I chose the place on the stage!

So on and so forth. Next day Lorsica, then Bussala … Places were following each other like a string of images and you were not sure whether they are an illusion or a reality. Although the stages lasted from five to seven hours for me, and up to ten for some, all the suffering has been repaid with the welcome and sincere kindness of the locals, who fed us and made us company long into the night. Even Finale Ligure classical destination of enduro riders, was excellent in preparing meals for marathon and stages riders in local restaurant and with conversation long into the night.

{gallery}2017/170709_dirka_alta_via{/gallery}
Although every day we needed more time for sleep and rest, the sincerity of the locals with questions about the race and how we are feeling, was what called for socializing. Sometimes we were lacking a bit of sleep, but people gave us the energy to continue. My Forerunner 935 showed a normal curve of sleep and regeneration, but my body began to believe it only after a few days.

And we needed energy in stages six and seven. Seven hours and a half of climbing and descending on mostly rough terrain, and of course there was plenty of hiking, because we did not get past the peaks, we went over them.

Well, Zipvit gels and energy bars have done their work here with excellence. Of course, we were paid off with fairy-tale views and beautiful nature, which in this time is in full bloom. Accommodation at 1500 meters above sea level in the Pian dell’Arma shelter had its own special charm. Awaking in a sunny morning, with a fog in the lowlands and a temperature of about 20 degrees. Breakfast of champions! That charged our mostly depleted batteries even more.

After a long seventh stage only the “last” was waiting for us in the length of 25 kilometers, with an ascent to the pass and a descent. But before it, we were welcomed in the city of Pigna, which lived with us for two days. As a conquering army, we scattered in town pubs, where the owners pour us beer and sangria and offer us snacks. None of us expected such a welcome. Of course, there was no lack of live music, and so it was late in the night before we went to sleep. But if we survived seven extremely tiring and challenging stages, the last one did not scare us too much.

{gallery}2017/170709_spanje_alta_via{/gallery}
Well, it was not a walk in the park, because we started individually on time trial. So everyone could choose their own pace and I decided to be the last rider who rode the Ata Via Stage Race.

The organizer is considering abandoning the race. The organizational effort is great and the race is primarily based on volunteers who do a lot of work. At the current flood of all kinds of events in this area, they are, of course, stretched across all limits, but I think that the team will be able to maintain and continue, with the help of the local communities.

AVSR, as we survivors call it, is not for everyone. It is a great adventure for anyone who takes time to prepare for it and takes the stages with respect, but without fear. This year, almost all of participants ended the race and the longest staging times did not exceed 10 hours. This is the limit, which allows you to regenerate before the next stage and does not exhaust you completely. For this reason, it would be nice for the race to continue, since I recommend this experience and adventure to all.

Mountain biking the old school, where it is not enough just to ride your bike. Where you put all your strength and skill into overcoming difficult terrain, narrow paths and spinning heights to test your durability. And you are repaid for it with the pleasure that rises above the clouds, not to mention beautiful landscapes and unforgettable, magical views. I would not even have known these places if it was not through AVSR. And after experiencing this difficult and exciting week, this would be a big shame.

One of the toughest races I’ve ever been part of. But after a few days of reflection I confess, I’ll be back!

Most of Alta Via was caught in the lens of Alessandra Repetto and you can see more photos on her facebook page. Ale di Pezza, images & words. 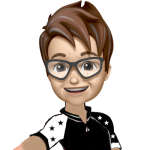 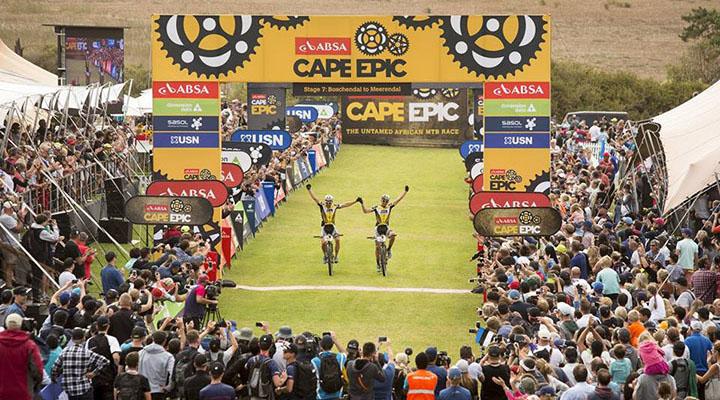