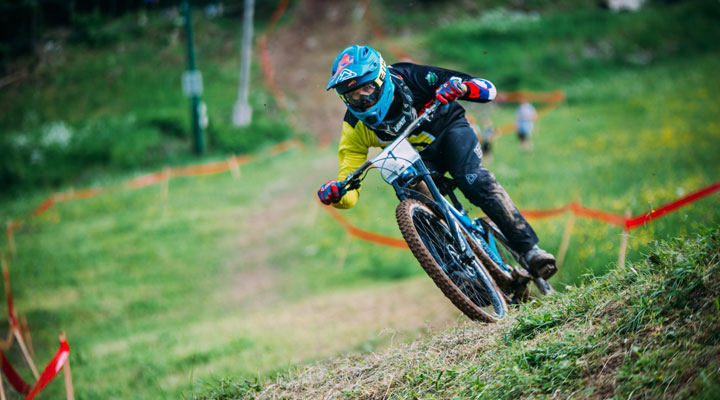 Žak Gomilšček (Rajd Ljubljana) was the fastest junior man and Marko Niemiz (Sinter Brakes Team) the fastest in under 17 category.

Team Črn trn/Blackthorn was the best team of the day at the race put on by DEŠ Fleš crew who just re-opened the popular Javornik park after it was closed last year.

Ninety riders from Croatia, France, Italy and Slovenia entered the race. After Friday’s rain the course remained slick all through the weekend. At least the showers hit the venue again just after Sunday afternoon’s award ceremony.

n the absence of the injured Jure Žabjek who won the National title in last three years the 36-year old Vauh was the only one going for his fourth title which would put him on the top of all-time best list together with Janez Grašič (1996, 1998-2000). He was second to Berginc in the semi-final but found ten more seconds in his final run after adding derailleur, cassette and chain to his borrowed bike… His bike is already on the way to Fort William for World Cup’s second round. Vauh already won the title in 2009, 2011 and 2014.

“I had to think before the final where to pedal. Then it was up to the track because it was a back-stabbing track,” Miri told. Just over a month ago he took his best World Cup result in Lošinj with 34th and is not ready to retire.

Monika didn’t risk much just a week before the next World Cup race but was in a league of her own.

“It was a hard race. The Champery section on top was almost impossible to ride. I’m happy I’m okay so I can travel to Scotland tomorrow,” says Monika.

Next in UDC series…

Unior Downhill Cup continues on July 28th and 29th in Bike park Cerkno. By then the best will have competed in four World Cup races as well as the iXS European Downhill Cup second round on June 16th and 17th in Kranjska Gora. 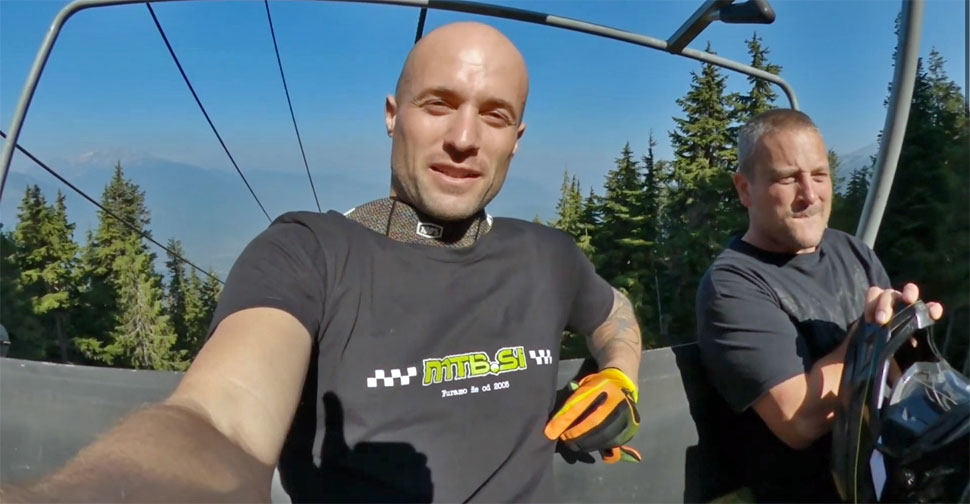