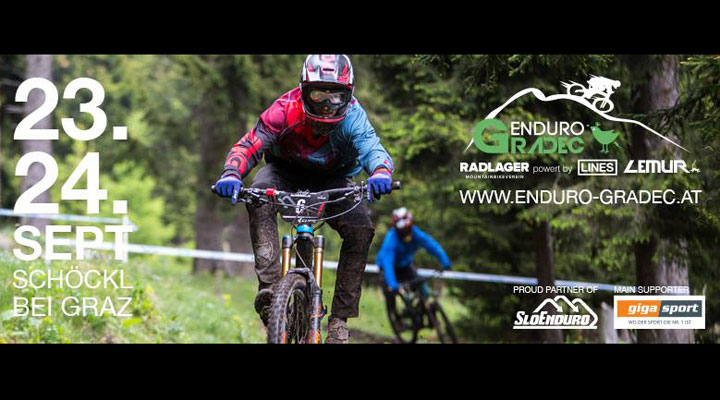 This weekend the SloEnduro international series continues on Styria’s Schöckl mountain with round five out of six.

After a break of almost two months the riders of SloEnduro mountain bike series will once again strap number plates to their handlebars for. Enduro Gradec on Schöckl mountain close to the city of Graz in Austrian Styria will ne the first SloEnduro race entirely held on Austrian soil. The organizers from Radlager verein already hosted a round of 4Fun series last year and upgraded to “big league” this year. This year’s Black Hole Enduro also included an Austrian, held on Petzen’s Thriller trail. Enduro Graz will be round five of the series, the last one before the series final in Ajdovščina, Slovenian on October 8th.

Enduro Graz, also the Austrian National Championships race in the discipline of endure, will start on Saturday September 23rd with a prologue starting at 4pm. Five special stages will follow on Sunday 24th. The top of Schöckl is 1415 above sea level and from there the trails descend all the way to the gondola base 650m lower, also the event venue. There will be a total of 1570 elevation meters of descent, the riders will do about 900m of climbing on their bikes and the rest with gondola. The exact stages will be released on Friday.

Petra and Vid reaching for titles

After round four, the Black Hole Enduro, two undefeated riders are topping the rankings and they can both secure overall titles before the final round. They are Vid Peršak of Slovenia in men’s and Petra Bernhard of Austria in women’s category, both members of Austrian Team Dorrong.

It will also be about Austrian Championships titles and the competition of Austrian riders has never been this strong in a SloEnduro race. Besides defending champion Skant, Matthias Stonig, Kevin Maderegger and Daniel Schemmel we will also see the freshly retired downhill star Markus Pekoll try his luck in enduro. There also some fast riders from Czech Republic, Slovakia and Poland registered. All together about 200 riders from at least 10 countries. Not a boring weekend ahead. 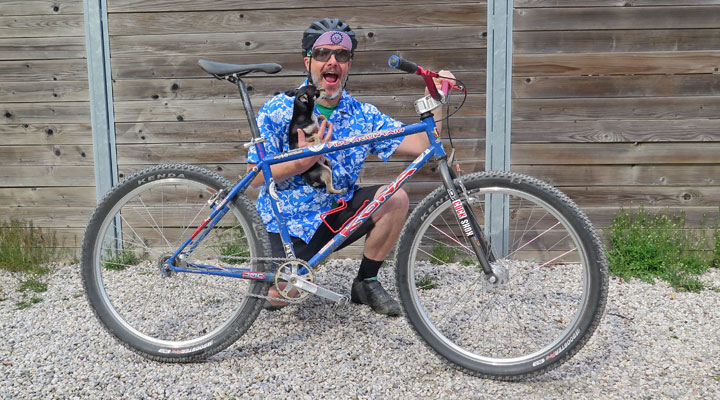