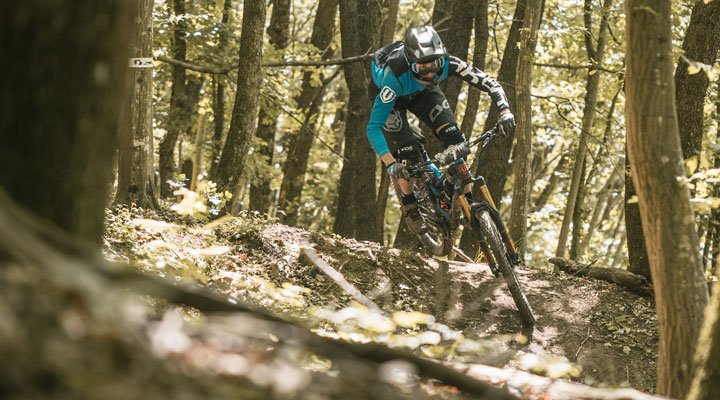 Grožnjan winners repeat at second round of SloEnduro series above Trieste. Teammates, Austrian and Slovenian, in front of over 160 competitors.

After starting three weeks ago in Grožnjan, Croatia, SloEnduro, the Slovenian based international enduro series, moved to second round on Sunday, the Enduro 3 Camini. The race on the outskirts of Trieste, Italy, traditionally opened the season from the beginning four years ago. This time the organizers from 360 MTB club moved the venue from San Dorligo Della Valle to Bazovica/Basovizza on top of the hills above town. Again they directed the participants to the trails dropping into the Val Rosandra valley. But all the special stages were new this time, two in Italy and three in Slovenia, and riders were only able to train on the on Saturday and only using their legs and lungs – no shuttles allowed. So it was really hard to find anyone who rode the course more than once before Sunday’s race. On Sunday it took them over 6 hours to complete the 48km course with 1500 m elevation and five special stages and by cutting some of the transfers the Saturday’s training ride was just a little bit shorter.

The »almost blind racing« worked best for Slovenian Vid Peršak (Team Dorrong). Last year’s SloEnduro champion and E3C winner from 2014 and 2015 came to Basovizza with number 1 plate after winning in Grožnjan. At the end of the day he was 13 seconds faster than Austrian Manuel Gruber (URC Bikestore.cc) in second place and 17 up on another Austrian, his own teammate Gerd Skant.

In women’s race the other Grožnjan winner Petra Bernhard (Team Dorrong) also repeated her victory. The former downhill racer was not even racing enduro at this time last year so this was her first E3C. Another Austrian, the 2016 SloEnduro champ Yana Dobnig (RLM Mondraker Racing Team) finished in second and Italian Giulia Albanese (UC Caprivesi) in third place.

Bernhard and Gruber were fastest in Kenda SuperStage, the second stage of the day. Gruber also topped the first stage, Peršak was fastest in third and fourth and Tejchman in fifth.

“I was really low on energy in the first hour or so, just sitting around at Garda festival exhausted me, but I got better later on. I crashed hard in second stage, the one where we shot the Kenda SuperStage video preview on Saturday. I was doing all the commentary during the run and didn’t memorize the track… But I’m happy with all the rest,” said Peršak who is already feeling at home on his new freshly introduced tyres.

Peršak boosted up his seris lead while Gruber and Skant are now tied in second since they only swapped positions from Grožnjan.

Bora winds dried the trails in the spectacular Val Rosandra nicely and only parts remained muddy after Friday’s rainfall. Conditions were not too friendly in bora at the start and finish venue in Zarja sport center in Basovizza but it was really warm lower in the valley.

Third round of SloEnduro series follows on May 27th and 28th – the Enduro Cerkno in Bike Park Cerkno, also an Enduro World Series Qualifier.

Report with more photos on sloenduro.com 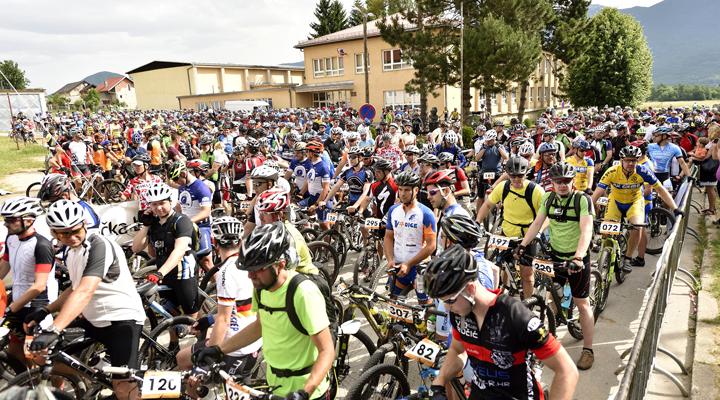 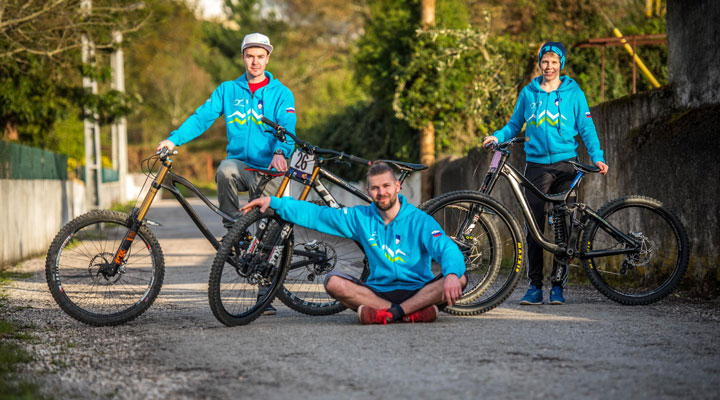 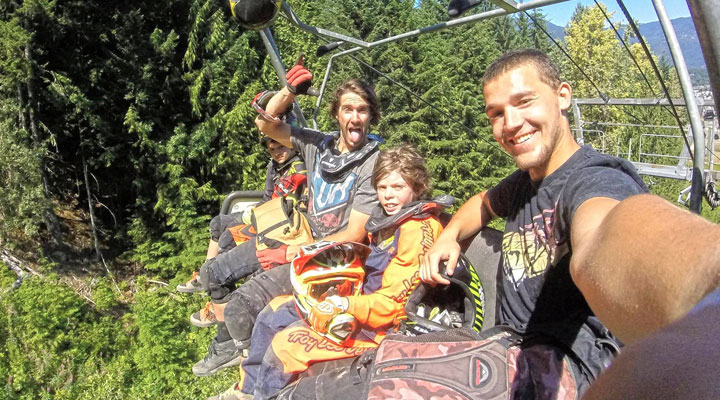