Last Sunday it was the turn of third edition of Enduro Krokar (Raven Enduro) in Dobrna, the second round of SloEnduro 4Fun series in 2017.

Last Sunday it was the turn of third edition of Enduro Krokar (Raven Enduro) in Dobrna, the second round of SloEnduro 4Fun series in 2017.

60 riders from three countries raced on two different tracks, twice each. The first track dried well after rain while the second one ramained wet and slippery.

The race returned to original downtown venue with start from Triglav hotel and finish at Pod kostanji restaurant. The organizers also put up a symbolic finish in Terme Dobrna park which turns 200 years old this year.

First four from the start

The 2015 and 2016 4Fun series champion Peter Mlinar (Blackthorn) who alleggedly missed round one as well as first two rounds of SloEnduro for skiing returned to bike racing and didn’t let anyone surprise him. He set the fastest time in all four stages and won his third Raven in a row with a gap of more than 20 seconds.

Riders received custom chocolate lollipops instead of classic medals – great if you have lots of medals at home already but if it’s someone’s first they will just need to hold back not to eat it.

Third round of 4Fun series will be the Merjasec Enduro (Wildboar Enduro) on June 18th on the new trails in Ruše, Slovenia.

They were not allowed to race 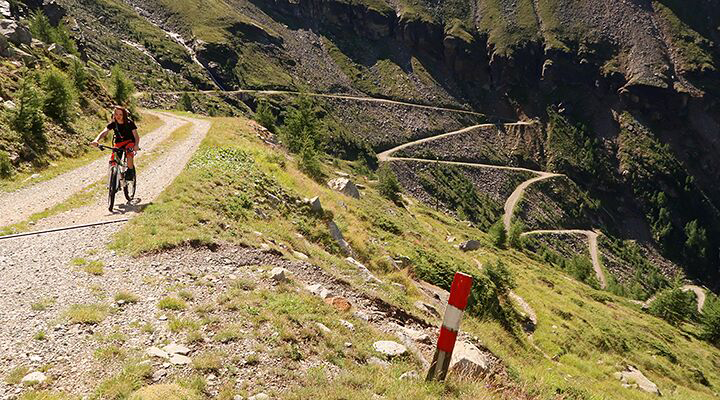