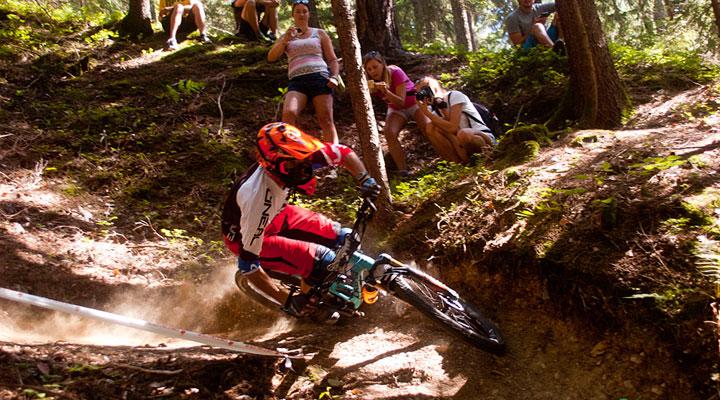 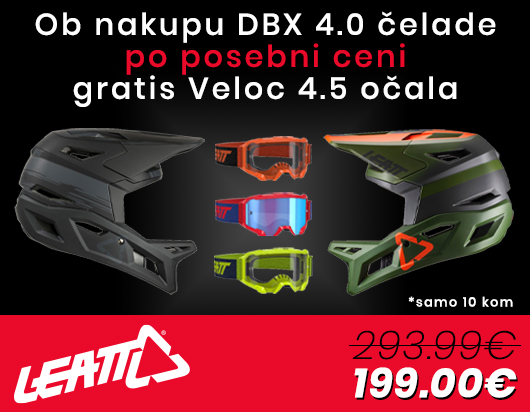 At Black Hole Enduro, round four of SloEnduro season, Austrian Petra Bernhardt and local Vid Peršak take strong victories and both move to second in standings.

On Saturday 90 riders from seven countries – Brits and Portuguese this time in addition to the more or less standard nations – took on four special stages in Jamnica singletrail park with some 1100 meters of elevation climb and descent.

Home favourite Peršak finished the first stage in second place and went on to win the other three including the last one, the Kenda SuperStage – longest and hardest of the day. He won the race with a gap of 27 seconds over second placed Peter Mlinar (Blackthorn) who won the first stage and continued with 4-3-2. With a second Mlinar defended his series lead by 50 points over Peršak. At Jamnica Skant took three third spots and one second, enough for third overall.

Two very fast Austrians had to abandon their hopes on stage three. After taking second in stage 2 Kevin Maderegger (Ghost Factory Racing Riot) crashed into a tree, hurt his wrist and didn’t finish. Daniel Schemmel (Cube Action Team), winner of season opening race Enduro 3 Camini, had problems with his electronic derailleur and finished the stage back in 43rd and race in 10th, loosing 2nd place overall.

“I started the day completely without the right feeling on the bike, I was not able to find the flow and crashed three times in first stage,” said Peršak. “I know these trails but I never ride them this fast. I was not able to find the right level of risk. I was relaxed all the time but could only find the flow towards the end. At the end of the day I’m happy but I prefer not to have a day like this in the World Series, I would be far behind. It’s always nice to win at home, especially the day before my birthday.”

Due to her work Petra Bernardt has no more international ambitions but is doing more than fine at races in Austria in Slovenia. In Cerkno she entered her first enduro race and won, then returned to downhill to win a round of European iXS Downhill Cup in Schladming. Now she is back in SloEnduro where she took her second victory and is now also second overall just 50 points behind another Austrian Yana Dobnig (RLM Mondraker).

At Black Hole Enduro Petra remained unbeaten from prologue to Kenda SuperStage and won by a large margin over co-national Birgit Braumann (Trek Gravity Girls), the winner of Enduro 3 Camini, in second, and Italian Giulia Albanese (UC Caprivesi) in third.

“I am happy, I had a really god race with good flow and nice speed, much better than yesterday in training,” Petra told us after the race. “I was quick in the legs and powerful even on the uphills. At round three in Bovec I didn’t feel good on race day and for the first time in my career I decided not to start. Today I was nervous but then all day went great.”

This time it was Mlinar, Peršak and Skant sharing the podium

The younger and the older

Matjaž Istenič (Energijateam.com) remains unbeaten in junior category, in master 1 Robert Kordež (Black Hole Enduro Team) is firmly in the lead after the second win, in master 2 it was the first victory of former Slovak downhill champ Peter Drabik (Kaktus Bike) and another ex-downhiller Blaž Hölcl is on his way back after injury with a win in hobby class.

SloEnduro continues on August 20th/21st in Kamnik, Enduro Kamnik will also be the Slovenian National Championships. Next weekend, on Sunday August 7th, Matajur in Italy hosts a round of SloEnduro 4Fun series, a mass start race called Matadown. 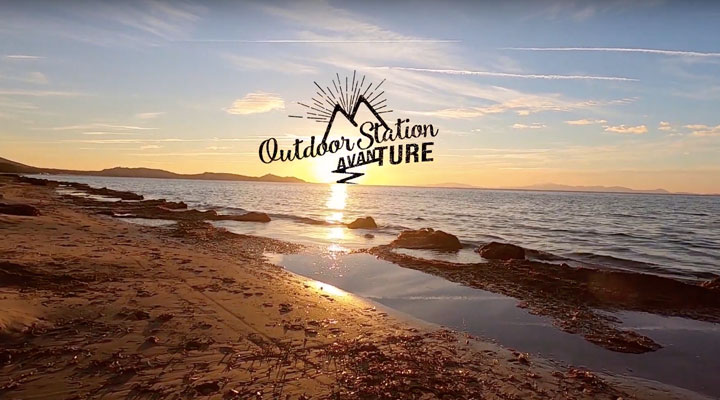