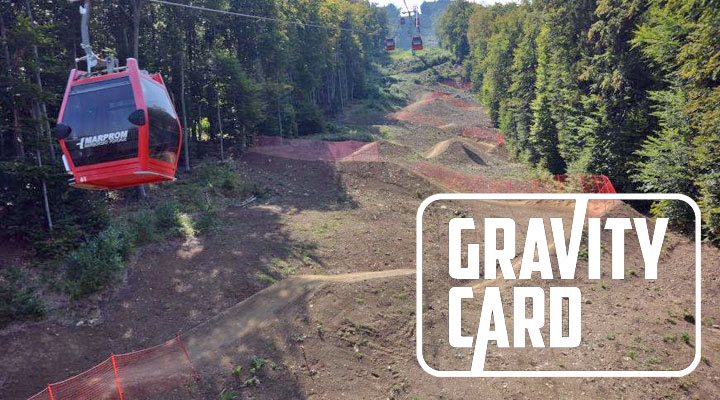 It’s official now after the contract has been signed both by Marprom in Maribor and Gravity Card in Leogang: in 2020 Bike Park Pohorje returns to the Gravity Card union of European bike parks which is offering a unified season pass for parks in 6 countries.

Bike Park Pohorje has been a part of Gravity Card from 2010 to 2014. In 2015 the Pohorje Sport Center declared bankruptcy and the contract was void.

Why did it take so long to get back in the game with Gravity Card?
Bike Park Pohorje manager Iztok Kvas replies: “We could have returned in 2018 but we wanted to get really well prepared. Now we have three operating lines and we are ready. There are between 60 and 70 percent of Austrian guest in the park now so they were also constantly asking for it. We now also closed the deal with Maribor hotels regarding the guests who are coming for a longer stay.”

How are the statistics for 2019?
“The number of riders grew for at least 30% compared to last year. The park is still running, we had about 50 or 60 riders last Saturday.!

And the plans for 2020?
“We wish to expand the park according to the trends. This means a trail park in direction of Areh, more trails for enduro riders as well as e-bikers. We are also planning to improve the infrastructure, not only the trails but also the camping, bike wash and more,” explains Kvas.