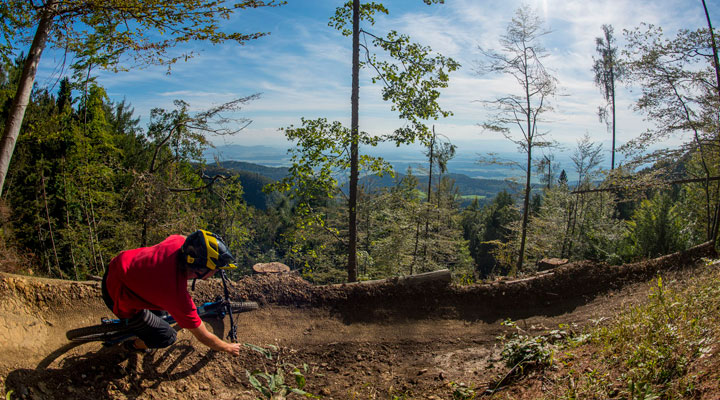 What’s new in the park between Kranj and Ljubljana – two new trails, tests, festival and more. First dose this weekend.

Update April 12 15:00: Due to bad weather forecast and cancellation of another event which should be taking place at the same time the park will not open on Easter weekend.

Where the lift runs for the skiers, the company will often let mountain bikers use it out of the official bike season as well. That is how Krvavec also provided some fun for the bike gravity crowd simultaneously with the skiers.

The park with the biggest population at its doors, situated between the cities of Kranj and Ljubljana, brags with 27km of trails of which 16km are gravity trails, and the largest elevation drop among the Slovenian parks.

Before the bike season really starts in Bike Park Krvavec, they will start with teasers. They will first open for the extended Easter weekend, from April 15th to 17th, then from April  27th to May 7th. Then it’s time for some scheduled maintenance on the gondola.

And they open for real on May 20th.

Until June 24th they will be running like this: Mondays, Wednesdays and Fridays from 2 to 7pm, Tuesdays and Thursdays from 2 to 8pm and Saturdays, Sundays and holidays from 9am to 7pm. Then in the main season (June 24th to September 3rd) the operation on weekdays also moves to 9am.

Any time now the passes will also be available online.

From this year Krvavec is also a member of GraVity Card.

Rock’n’Flow from 2015, Pussycat from last year, and this year…? Krvavec is announcing two new trails to be added in June. A new trail will start from “the beach” in Tiha dolina and run across the ski slope before splitting. One trail will continue to the bottom of the ski slope/top of gondola. The other one will continue to reach Kriška planina and then merge into Pussycat across Jezerca. They didn’t agree on the names yet.

Last year the technically demanding and steeper Rock’n’Flow was a bit neglected due to the new Pussycat. But the building crew showed lots of TLC to R’n’F before this season, rebuilt it and added some new options.

Scott bikes and protection gear will be available at gondola’s top station just like last year.

KD Rajd already announced their camps at Krvavec: from June 28th to 30th they will be holding the Teva Junior MTB Camp, then they’ll have the MTB Weekend Bike Camp for riders past their teen from July 21st to 23rd, and the Unior Tools Team Pro Camp in august.

MTB Galaxy will be holding their camp on May 20th and 21st.

Krvavec will be holding their festival again on August 26th and 27th, including the Enduro Krvavec race as part of the SloEnduro 4Fun series.

They are also planning to have fleets of test bikes of different brands on the mountain in late May and in June. 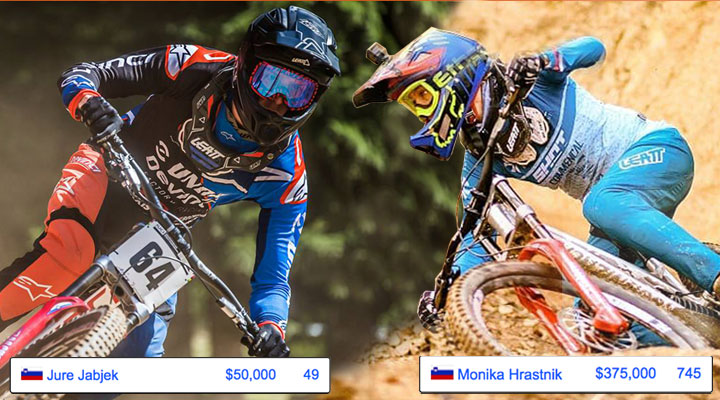 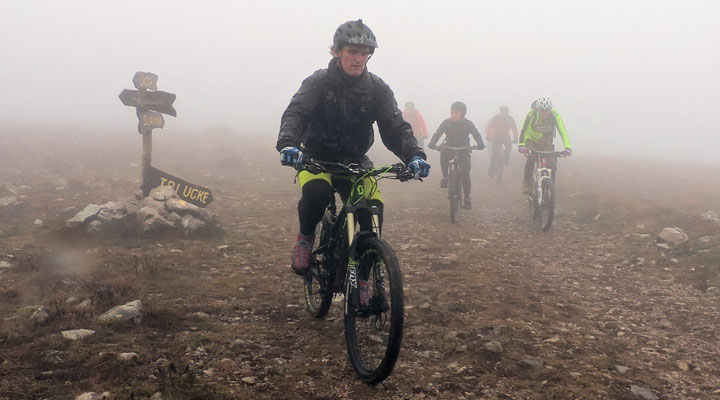